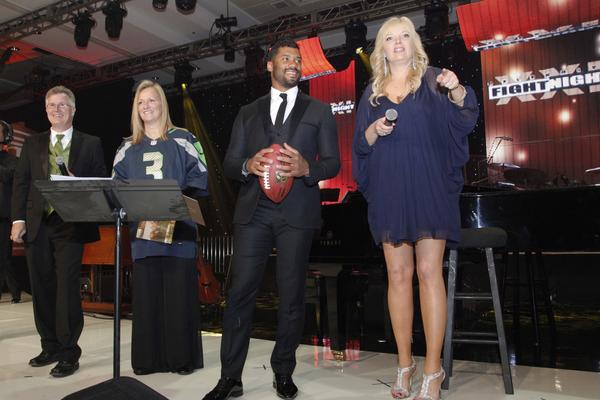 At the 21st annual Muhammad Ali Celebrity Fight Night $7.1 million was raised to fight Parkinson’s disease. Russell Wilson was honored with an award for his charity work; he donated an auction item which went for a total of $300,000.